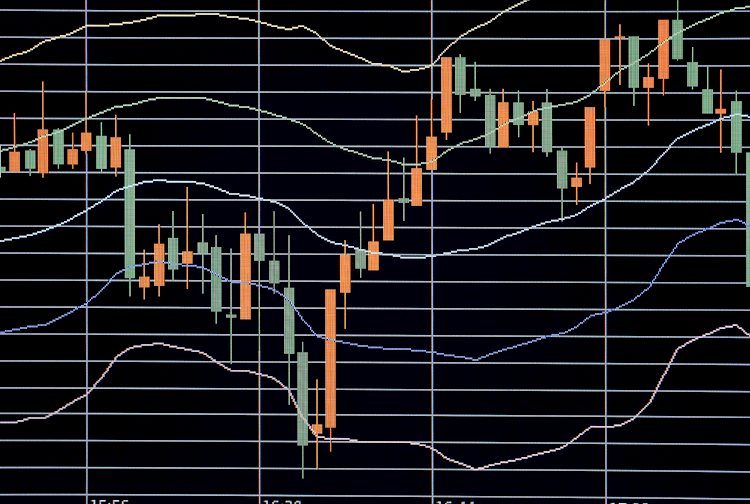 Update: NASDAQ:BBIG remained under strong selling pressure on Tuesday, ending the day down 7.01% at $6.77 per share. Wall Street started the day with a strong footing, following the lead of its overseas counterparts, but shed ground as the day went by. The Dow Jones Industrial Average finished the day in the red, down by 49 points, while the S&P posted a modest 0.17% advance. The Nasdaq Composite managed to add 32 points, still down for the week. 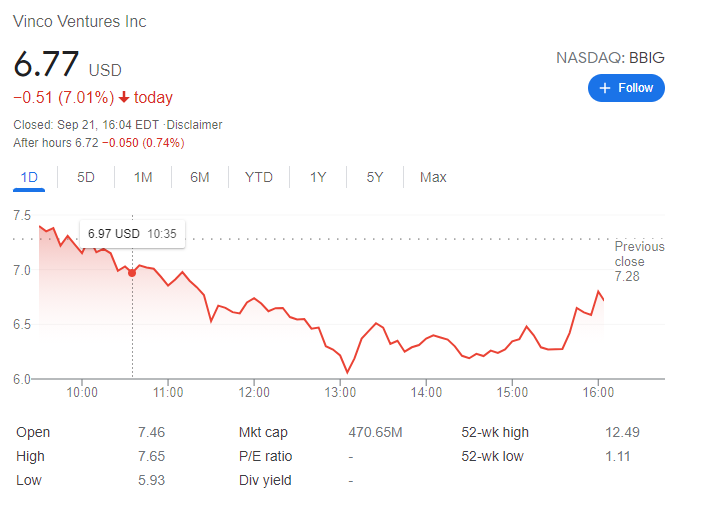 NASDAQ:BBIG extended its declines from late last week as the meme stock was unable to reverse its recent downward trend. On Monday, shares of BBIG fell by a further 6.31% to close the bloody session at $7.28. It wasn’t just Vinco Ventures that fell hard on Monday as all three major indices had their worst session since May. The Dow Jones fell by 614 basis points, the S&P 500 dropped by 1.7%, while the NASDAQ hit freefall and lost 2.19% during the session. There were several macroeconomic factors including the upcoming Federal Reserve meeting, the Chinese Evergrande scandal, and the government gridlock over the National debt ceiling in the United States.

Stay up to speed with hot stocks’ news!

Whenever there is volatility in the markets, the meme stock sector seems to be front and center. On Monday, other meme stocks fell alongside Vinco Ventures, including AMC (NYSE:AMC) which dropped by 8.85%, GameStop (NYSE:GME) declined by 6.23%, and ContextLogic (NASDAQ:WISH) lost 7.19%. After seeing the daily trading volume surge last week, BBIG activity fell on Monday to a volume of 27 million shares, compared to the short-term average volume of nearly 45 million shares per day. 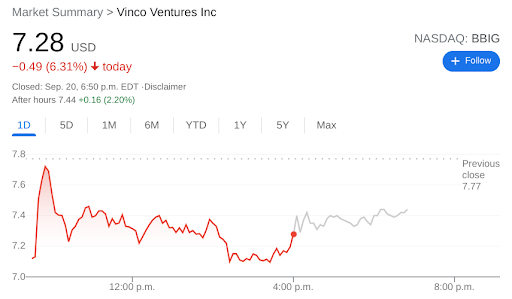 Despite this recent volatility, Vinco Ventures remains one of the most popular choices for a short squeeze amongst retail investors. Currently the stock has a short interest of 33%, as well as a borrow rate of nearly 50%. According to stock market data platform Fintel, 53 new institutions opened up positions in BBIG, so there could be more fireworks upcoming for the blockchain related company.