5s on the verge of a pop

US 5-year notes have essentially been range-bounce since March but we could be at the end of the period of consolidation.

Rates today are in danger of closing at the highest levels of the year. The bond king says we’re already at the intraday highs of the year but we’re not on my chart: 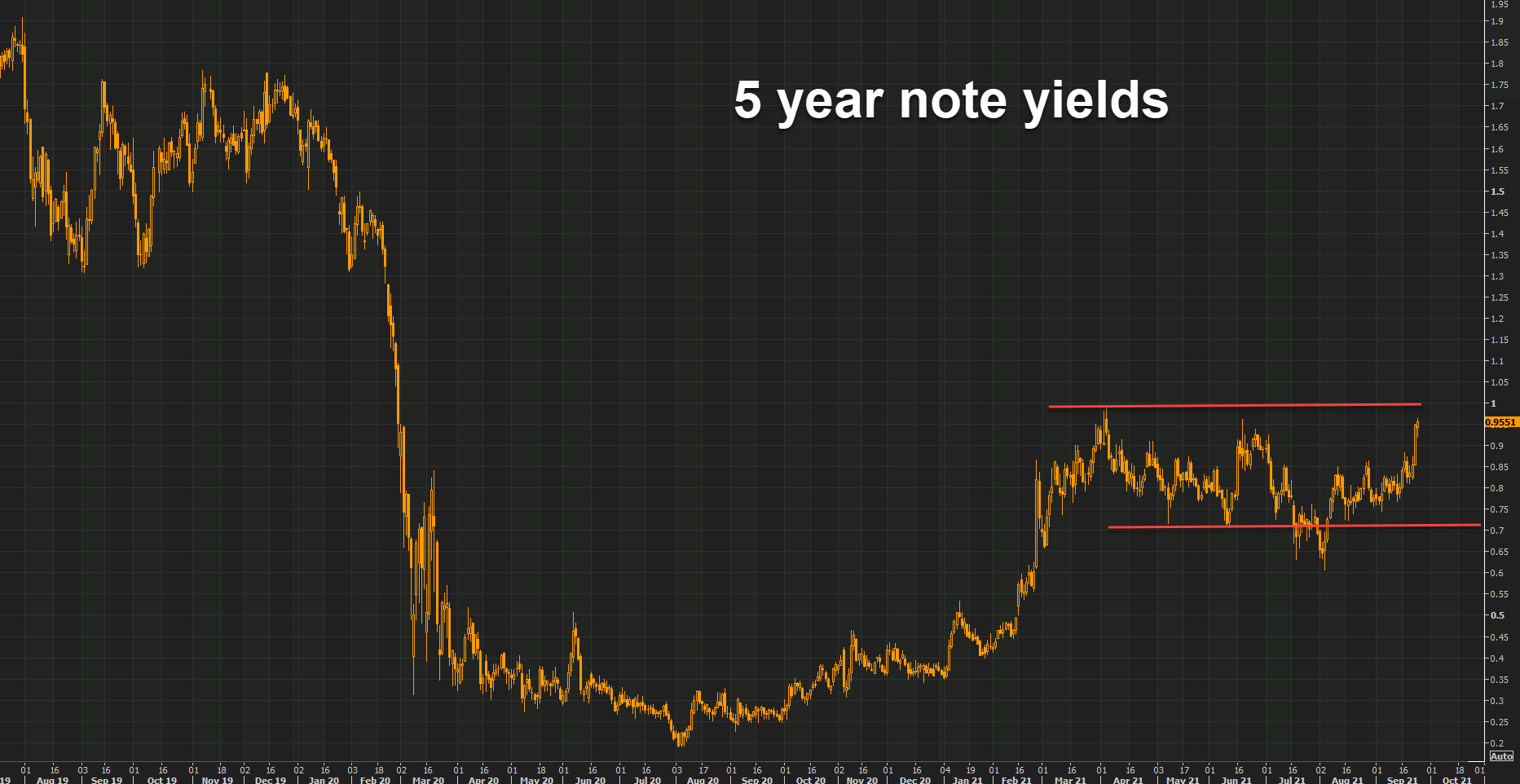 This is such a classic chart. There’s the big breakdown, the retracement, the consolidation, then it’s broken higher.

The delta scare in July caused a fake break to the downside but with the move up now, that simply confirms the rejection of the bottom of the range.

Once this breaks to the upside, I think it’s a fairly straight shot to 1.35%, though I doubt it will be as fast as February/March.

How does that look in other markets?

For sure it’s good in USD/JPY and that will track this very closely. You’ll note that pair has been stuck in the mud since March as well — that’s not a coincidence. If/when this breaks to the upside, so will the yen. The first target would be something modest like 114.00 but if you’re bullish on the recovery you can make the case for 125.00. 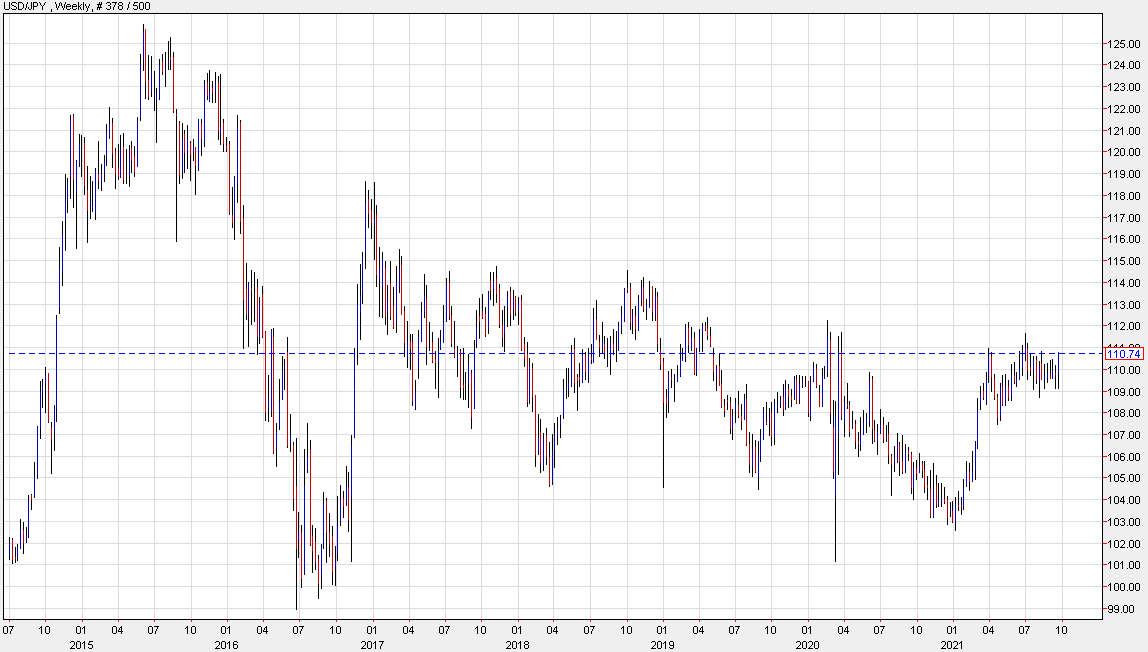 The takeaway for me more broadly would be a reflation trade. I’ve highlighted the money flowing into the Russell 2000 ETF today and I think that’s telling as well. Tech would once-again underperform in a world of rising rates.

I’m still worried about China but the market now believes they’re more likely to stimulate while simultaneously trying to delever. I think the most-overlooked piece of news this week was buried in the WSJ story about the demise of Evergrande.

Policy makers are also considering gradually easing some property curbs
in smaller Chinese cities, such as making ownership of a second home
easier, according to one of the people. They could also moderate some of
the stringent deleveraging measures on property developers that helped
push heavily indebted Evergrande toward the precipice in recent months,
this person said.

If China turns on the taps in any way, there’s plenty to like here but at this point it might be better to wait for the news.

Dollar Recovering But Could It Last? Euro Mixed after GDP
The US jobs report will be released tomorrow at 8:30 AM ET. What to expect?
2023 Best Scalping Strategy for Step 1 minute 2023 MC Support and crash strategy
Dollar Won on Strong Economic Data, Might Decouple from Risk Sentiment for a While
Indian refiners have begun paying for Russian oil via Dubai traders in UAE dirhams