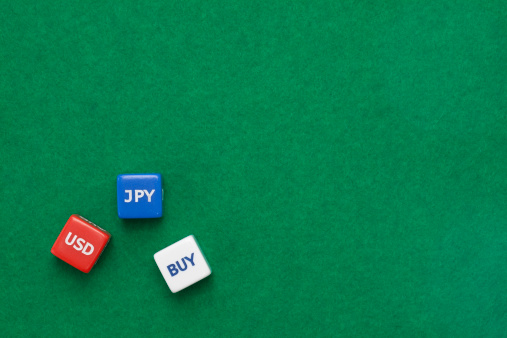 Dollar is currently the strongest one for the week so far, as helped by strong rally in treasury yields as well as pull back in stocks. Yen also stays week but the selling in crosses is cushioned by uncertain risk sentiment. Sterling is also soft with eyes on the energy troubles. But overall development is mixed in crosses with some resilience seen in Euro, Aussie and Canadian, while New Zealand Dollar is pressured.

Technically, we’d continue to focus on 111.65/71 key resistance zone in USD/JPY. Sustained break of this zone would signal larger bullish trend reversal. As the same the, if that happens, we’d look at EUR/USD’s reaction to 1.0633 low to confirm if that’s about underlying buying momentum in Dollar. 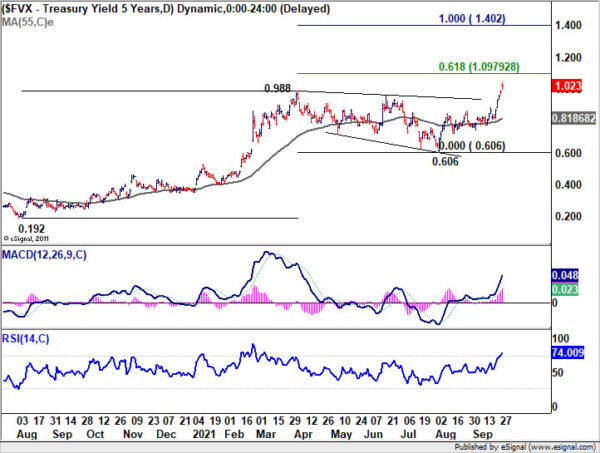 US stocks tumbled deeply together with the surge in treasury yields. NASDAQ lost -2.83% to close at 14546.68, back below 55 day EMA. For now, while deeper correction cannot be ruled out, we’d look for strong support from 14175.11 resistance turned support to contain downside and bring rebound. However, sustained break of 14175.11, accompanied by a strong break of 1.098 in FVX mentioned above, could indicate that the underlying trend in the stock markets has turned. That would open up the case for NASDAQ to drop further to 13002.52 support and possibly below in the medium term. 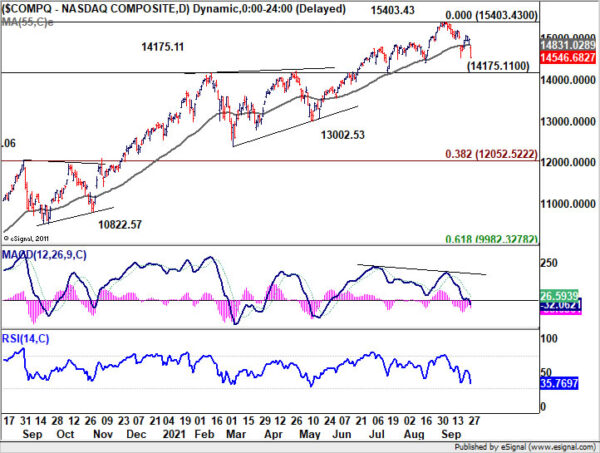 Fed Bostic: We are on firm footing towards a full recovery

Atlanta Fed president Raphael Bostic said yesterday that, “at the end of the day the trajectory of the economy is solid.” He added, “my models and the data I am seeing suggest we are on firm footing towards a full recovery and momentum is going to continue strong even amidst the rise of Delta.”

Separately, Fed Chair Jerome Powell told the Senate Banking Committee, “what I said last week was that we had all but met the test for tapering.” He added, “I made it clear that we are, in my view, a long way from meeting the test for maximum employment.”

ECB Kazimir: PEPP will be terminated with the end of the pandemic

ECB Governing Council member said Peter Kazimir said “Concerns about the cliff effect (of ending PEPP) cannot automatically mean demands for increasing the standard programs (APP)”. “There is no automatic formula,” he said. “We’ll be deciding according to conditions at the given time.”

He also said, the PEPP has been “functioning very well and naturally it is now in the final stage of its life cycle.”  “It’s a special tool designed for a special situation, and it will be phased out when it’s not needed anymore,” he added. “The market seems to understand that this tool will be terminated with the end of the pandemic.”

“If inflation remains elevated next year because of supply bottlenecks, my concern is that it could spill into wage negotiations for the following year as well,” he said. But “we are not seeing this happening in key countries so far.”

Japan’s GPIF will not investment in Chinese government bonds

Japan’s Government Pension Investment Fund (GPIF) said it will not investment in Chinese government bonds, even though FTSE Russell’s World Government Bond Index starts to include them in October. GPIS is the world’s largest pension fund, with total assets of JPY 192T.

Masataka Miyazono, president of GPIF, said, “Chinese government bonds cannot be settled in an international settlement system that can be used for other major government bonds. The market’s liquidity is still limited compared with the size of GPIF’s investment scale. Trading of futures is not allowed for foreign investors.”

No change in USD/JPY’s outlook. Intraday bias remains on the upside with focus on 111.65/71 resistance zone. Sustained break there will resume the up trend from 102.58, and suggest larger bullish trend reversal. Further rally would be seen to 114.54 resistance next. On the downside, however, break of 110.92 minor support will delay the bullish case and turn intraday bias neutral first. 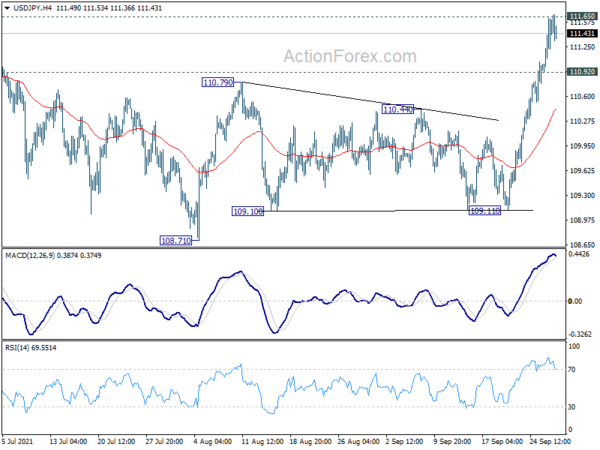 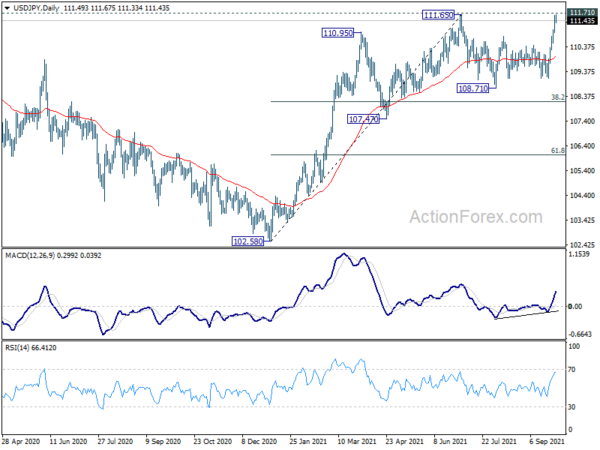