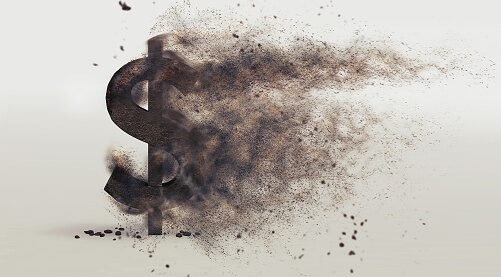 Dollar had been the strongest for most of the week but lost it first place at the time, as treasury yields retreated. Instead, resilient risk appetite in the US, as well as firm oil price helped Canadian and Australian Dollars stole the first and second place. On the other hand, Euro ended as the worst performing one, weighed down particularly by selloff in crosses. New Zealand Dollar was the second worst.

As rally in yield lost steam and stocks proved to be resilient so far, we’d argue that Dollar index might not be ready to take out 94.46 key fibonacci resistance yet. But a bearish reversal in the greenback is not expected for now. A question ahead is whether Euro’s selling would persist even if Dollar turns into consolidation. In particular, the common currency looks rather vulnerable against Canadian Dollar. 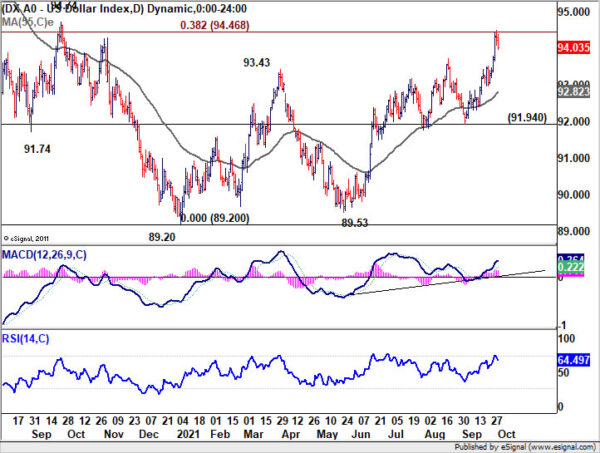 For DXY to power through 94.46 fibonacci resistance mentioned above, the markets might need to see further sustained rally in treasury yields. While 10-year yield hit as high as 1.567 last week, it retreated notably to close at 1.465, just slightly above prior week’s close at 1.460. It remains to be seen if that’s just a result of quarter-end repositioning. Or, the selloff in bonds is really running out of steam. Or investors are getting easier on inflation threat.

For the near term, TNX might dip back towards 55 day EMA (now at 1.368). We’d expect strong support from there to contain downside. Rise from 1.128 is still expected to resume later in the year to retest 1.765 high. But the pull back in yields could start to cap Dollar’s rally for the near term. 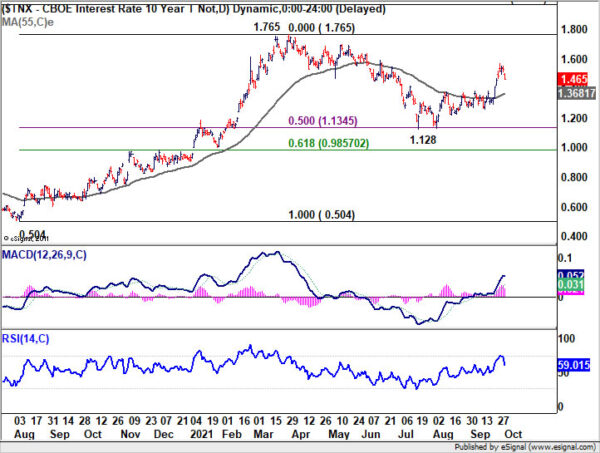 Resilience in stocks is also not providing much support to the greenback. While DOW struggled to break through 55 day EMA , it’s downside is so far held well above 23.6% retracement of 26143.77 to 35631.19 at 33392.15. The development argues that price actions from 35631.19 are merely developing into a shallow, and brief sideway consolidations. Hence, the next move is more likely an upside breakout than a down. But of course, firm break of 33392.15 will dampen this view and bring deeper correction to 38.2% retracement at 32006.99 and even below. 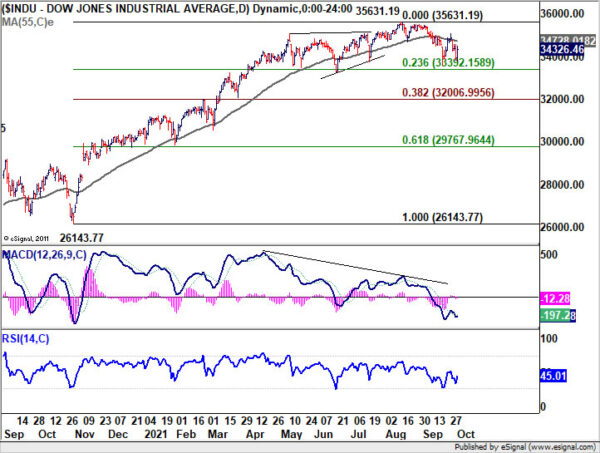 Talking about stocks, near term bullishness in Nikkei now looks much less certain with last week’s sharp fall and close below 55 day EMA. We’d look for support from 61.8% retracement of 26954.81 to 30795.77 at 28422.05 to contain downside and bring rebound. However, sustained break of 28422.05 could bring even deeper decline to retest 26954.81 support and threatens the medium term up trend. 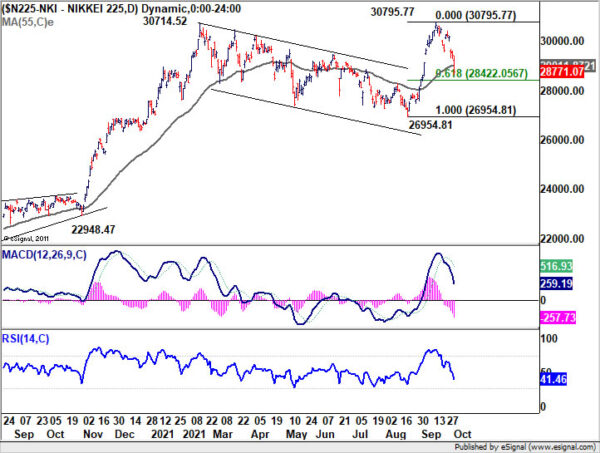 USD/JPY also retreated after a brief break of 111.65 high. It remains to be seen if it’s dragged down by the retreat in US yields only. Or, USD/JPY is also weighed by the sharp fall in Nikkei and risk sentiment in Asia. It could take a while for it to unveil the next path. 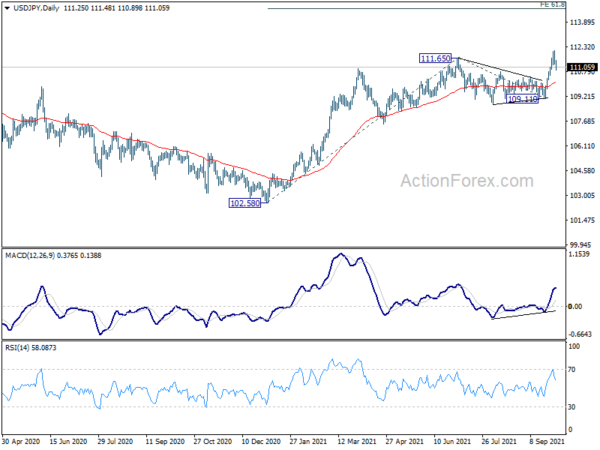 EUR/CAD ready to resume down trend through 1.4580

EUR/CAD was the biggest mover last week. The development argues that consolidation pattern from 1.4580 might have completed already, after failing 38.2% retracement of 1.5991 to 1.4580 at 1.5119 three times. The rejection by 55 week EMA also affirms medium term bearishness. Immediate focus is now on 1.4580 low for the near term. Firm break there will resume whole down trend from 1.5991.

EUR/CAD would then enter an important zone between 1.4263 (2020 low) and long term trend line support (1.4497). Strong support from this zone will keep EUR/CAD inside the long term range pattern from 1.6103 and maintain long term neutrality. However, firm break of 1.4263 would open up long term bearishness for 1.3782 and below. 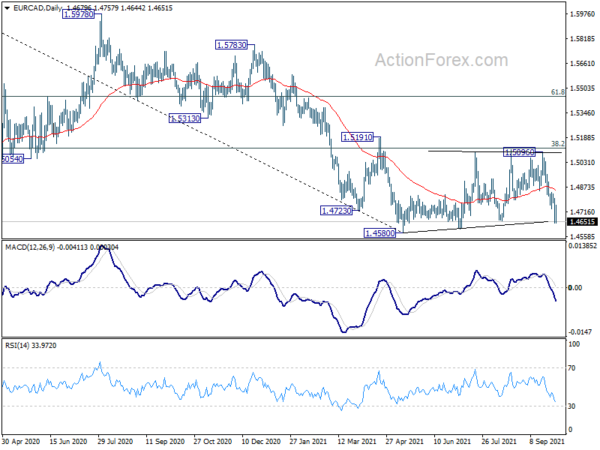 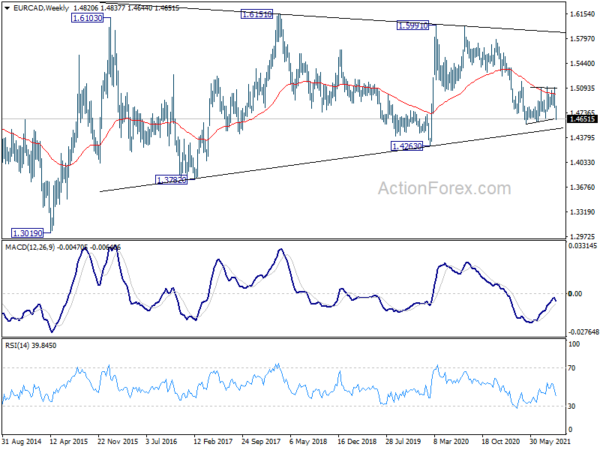 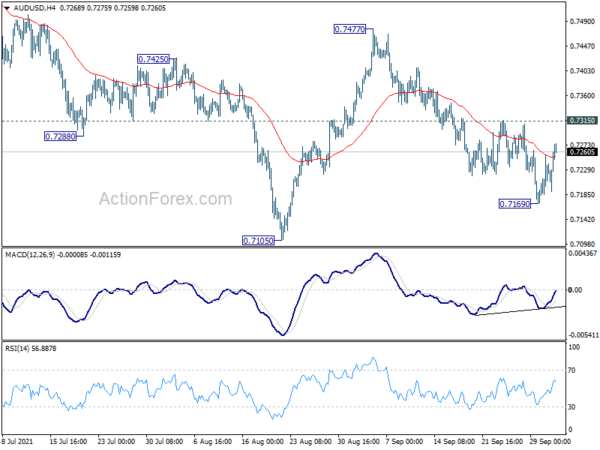 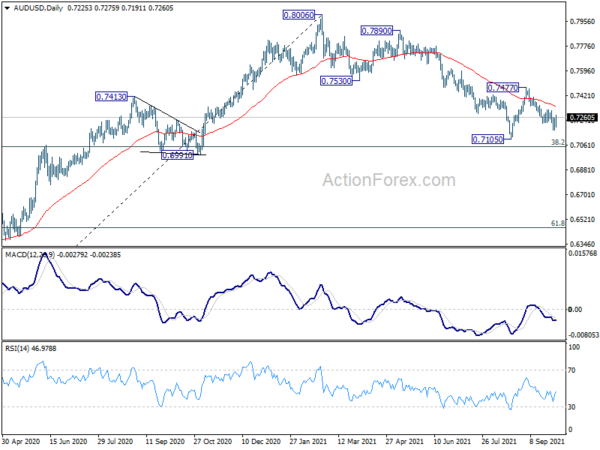 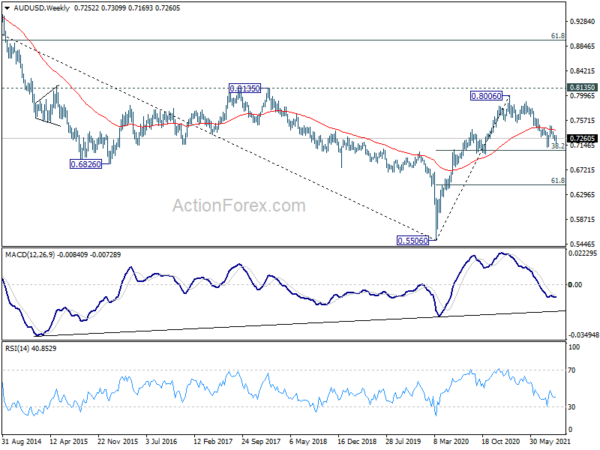 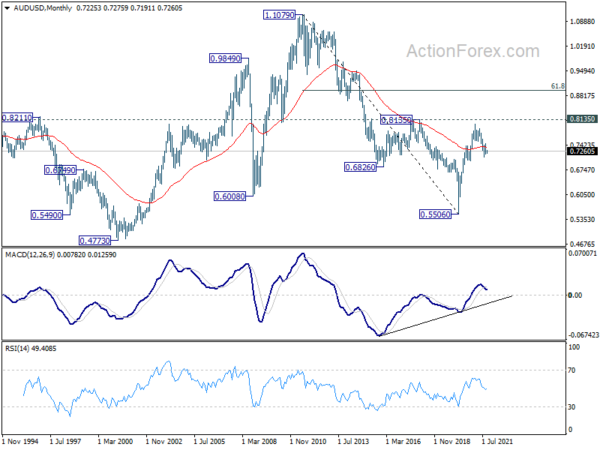