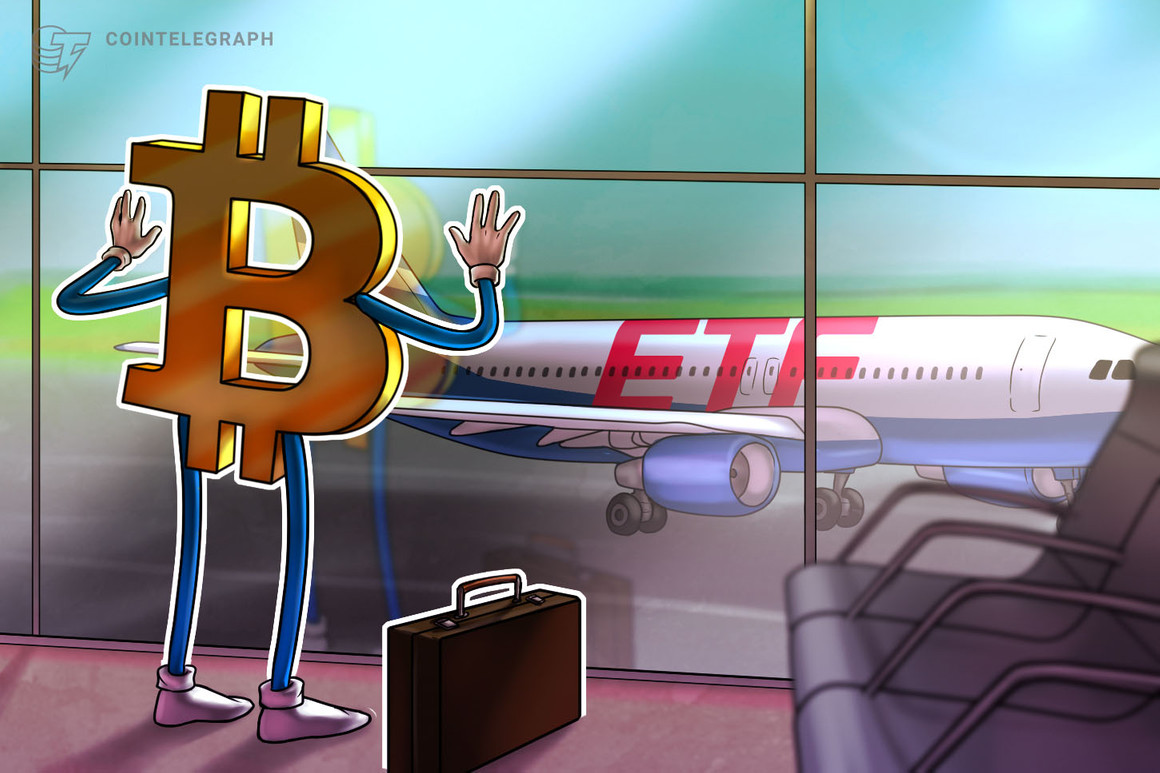 Crypto asset investors may have a longer wait for a Bitcoin futures exchange-traded product according to Todd Rosenbluth, the senior director of ETF and mutual fund research at research firm CFRA.

Speaking on CNBC’s “ETF Edge” on Oct. 12, Rosenbluth stated that while a Bitcoin futures product is likely to be the first crypto ETF to gain approval, he cautioned that the current clouded regulatory situation could cause further delays.

There are more than 20 crypto asset-based exchange-traded products waiting for Securities and Exchange Commission approval, and the regulator is yet to pass any, instead kicking the can down the road on multiple occasions.

The researcher suggested that regulators could be waiting for all of these products to meet their goals so that they can be approved at the same time to avoid a “first-mover advantage,” before adding:

“It’s possible — in fact, we think it’s likely — that we’re going to see a delay of a Bitcoin futures ETF until 2022, until the regulatory environment is more clear.”

Van Eck Associates CEO, Jan van Eck, commented that the primary concern for the SEC is the discrepancy between actual Bitcoin prices and the price of the futures contract, in addition to the potential of funds getting too large.

When there is a Bitcoin rally, futures strategies can underperform by as much as 20% a year, he stated before adding “the SEC wants to have some visibility into the underlying Bitcoin markets.”

Van Eck also suggested that the regulator needs to gain more control over crypto trading which it appears to be attempting with its recent threats against Coinbase and the exchange’s stablecoin lending product. Other popular trading platforms such as Robinhood are already regulated and registered as broker-dealers.

Related: Are whales front-running the approval of a Bitcoin futures ETF?

Any speculation over a possible delay could hit the Bitcoin price as analysts had suggested that big investors may be buying up BTC in anticipation of an ETF approval this month. The asset has rallied 37.5% over the past fortnight to reach a local top of $58,000 on Oct. 12, but more regulatory procrastination could quash current market momentum.

Bloomberg senior ETF analyst Eric Balchunas is still confident that there is a 75% chance that an ETF will be approved this month.

In September, Van Eck’s physically-backed Bitcoin ETF was delayed for the second time this year with a decision date set for Nov. 14 by the SEC.