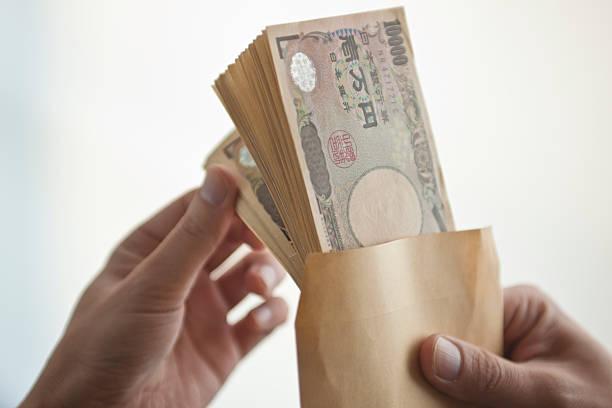 Yen continues to be under selling pressure, following the strong rally in US stocks overnight. Yen is additionally weighed down by rally in treasury yields. New Zealand Dollar is leading commodity currencies higher, while Australian and Canadian Dollars are also strong. Euro and Sterling are mixed for the moment, with Sterling having a slight upper hand. Inflation data are the focuses today and could prompt further rally in the Pound as well as Loonie.

Technically, we’d expect the selloff in Yen ahead. In particular, the decline could accelerate if US stock indexes could breakout to new record highs in the coming days. DOW is now close to 35631.19 high and firm break there will resume the medium term up trend from 18213.65. Nevertheless, break of 35023.63 support will indicate rejection by 35631.19 and bring pull back. Yen crosses could also follow in this case too. 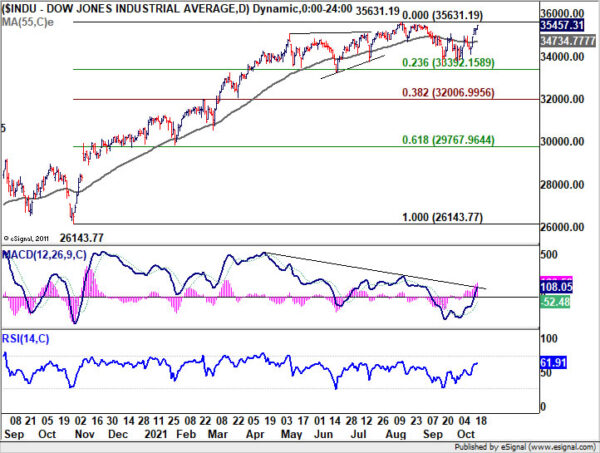 Fed Governor Governor Christopher Waller warned in a speech that “the next several months are critical for assessing whether the high inflation numbers we have seen are transitory.” And, “if monthly prints of inflation continue to run high through the remainder of this year, a more aggressive policy response than just tapering may well be warranted in 2022.

He noted, “substantial further progress” towards employment and inflation was already made. He supports ” the FOMC beginning to reduce asset purchases following our meeting in November.” He emphasized that “this action should not tighten financial conditions” since a later 2021 tapering has already been priced in by most market participants. Also, he favored the tapering pace “that would result in the end of asset purchases by the middle of 2022”.

Waller didn’t expect rate hike to occur soon after completing tapering, as “the two policy actions are distinct”. But, if inflation staying “considerably above 2 percent well into 2022”, then he’d “favor liftoff sooner than I now anticipate.”

Australia Westpac-MI Leading Index dropped from 0.5% to -0.5% in September. That’s the first negative reading since September 2020, which was the followed by strong surge after the economy moved out of lockdown. Westpac expects another strong rebound in the economy ahead as both Sydney and Melbourne are reopening this time too. It also expects the Australia economy to growth by 1.6% in Q4, building towards a 5.6% growth in H2 of 2022.

Westpac expects RBA to maintain current policy setting at the November 2 meeting, followed by tapering in February. The most important aspect of the November meeting will be whether RBA has lifted its inflation forecasts.

The weakening in exports could be partly attributed to the -40.3% yoy decline in car shipments, first in seven months. But the situation is expected to improve as supply bottlenecks are solved. Shipment to China grew 10.3% yoy, led by semiconductors and plastic materials. Shipment to the US dropped -3.3% yoy, on cars and airplanes.

AUD/JPY rises further today, following the strong close in US stocks overnight, as well as rally in treasury yields. It’s now pressing 85.78 high and decisive break there will resume whole up trend from 59.85 (2020 low). Such development would align the outlook with CAD/JPY and NSD/JPY, which complete the upside breakout last week already. 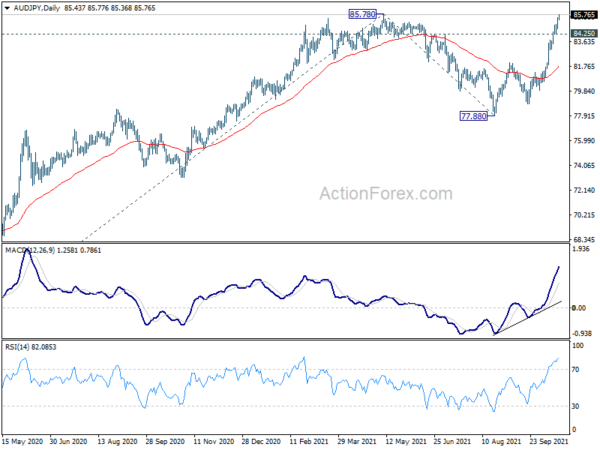 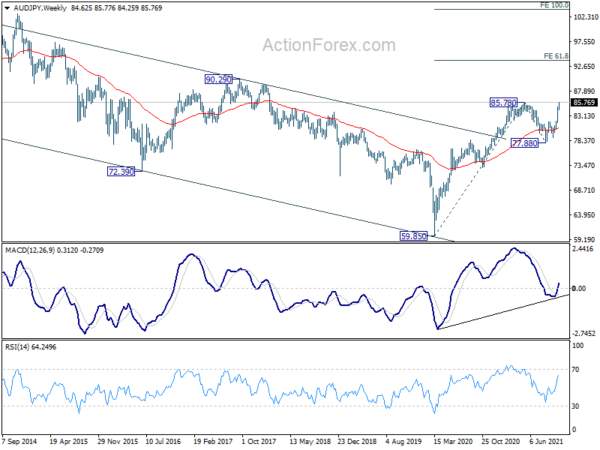 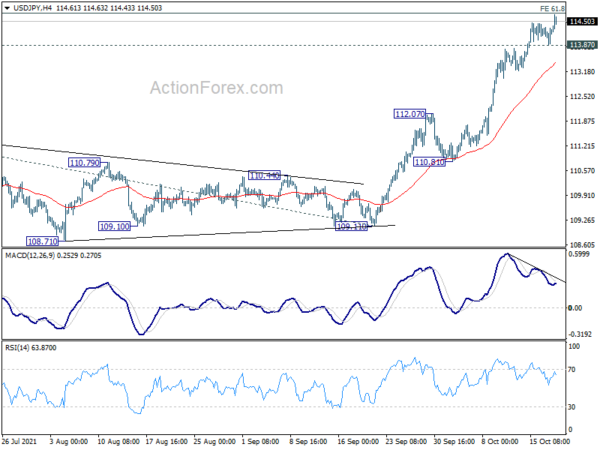 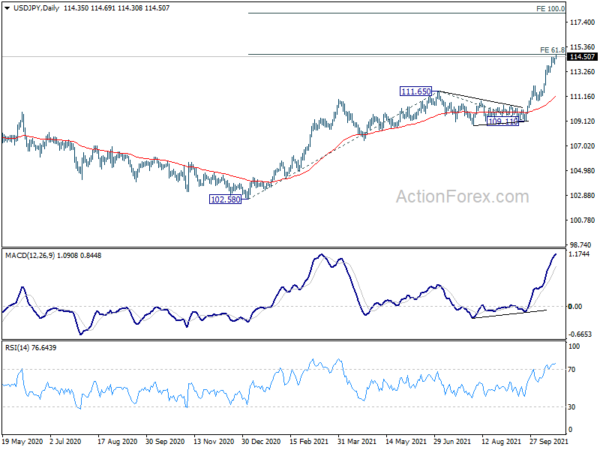 Oil prices fall more than 3% on Russian oil price cap talks
NZDUSD moves above a swing area from earlier this year between 0.6184 and 0.6212
GBP/USD Price Analysis: Stumbles below 1.2100 on buoyant US Dollar
Gold flat; set for small weekly gain on hopes of dovish Fed
Forex Today: US Federal Reserve ready to pivot, US Dollar sunk