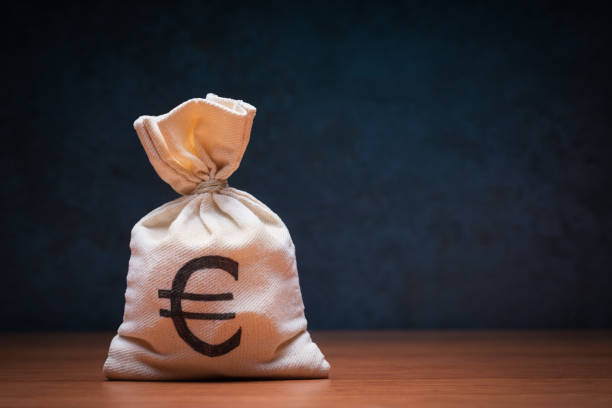 Technically, attention is now on whether Euro’s selloff would result in broad based decline resumption. In particular, levels to watch include temporary lows in EUR/GBP at 0.8420, in EUR/AUD at 1.5456, and in EUR/CAD in 1.4317. Meanwhile, break of 1.1571 minor support in EUR/USD and 0.9251 minor resistance in USD/CHF could be signs of come back in Dollar. But that’s still a bit far for now. 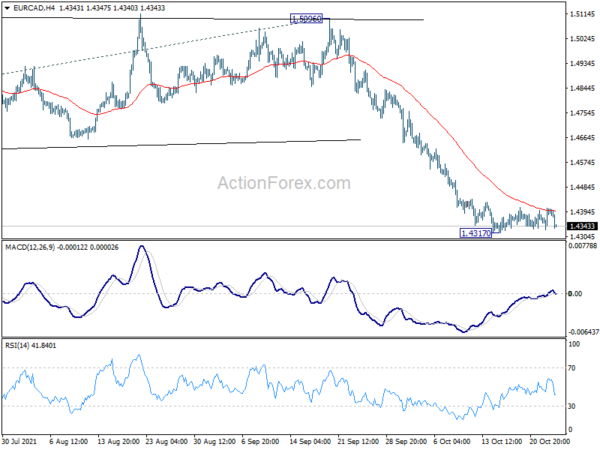 Bundesbank said in the monthly report that inflation in Germany “continue to rise before it gradually declines in the coming year.” Industrial products prices continued to increase. Energy prices have risen mainly due to higher oil prices. “On the other hand, the considerably higher spot market prices for natural gas will probably only have an impact on consumer prices after the turn of the year.”

The economy is expected to “growth significantly weaker” in Q4. Strong momentum in service sector is “likely to subside considerably” too. Manufacturing is likely to “continue to suffer from delivery problems. Output will probably “still fall short of its pre-crisis level of the final quarter of 2019 in Autumn. For 2021, GDP growth is likely to be “significantly less than was expected in the Bundesbank’s June projection.

Germany Ifo dropped to 97.7, sand in the wheels hampering recovery

Ifo said: “Supply problems are giving businesses headaches. Capacity utilization in manufacturing is falling. Sand in the wheels of the German economy is hampering recovery.”

ECB de Cos: High commodity prices have transitory nature, but may persist

EUR/USD drops sharply today but stays above 1.1571 minor support. Intraday bias remains neutral at this point. On the upside, break of 1.1668 will target 55 day EMA (now at 1.1705). Sustained break there will be a sign that larger correction from 1.2348 has completed. Stronger rally would be seen to 1.1908 resistance for confirmation. On the downside, though, break of 1.1571 minor support will turn bias back to the downside for 1.1523 support instead. Break there will resume larger fall from 1.2348. 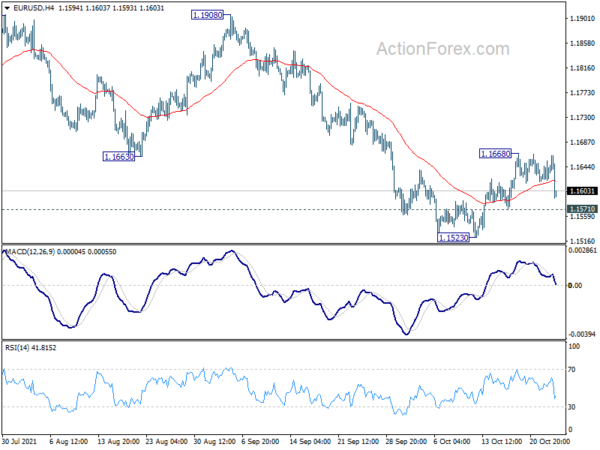 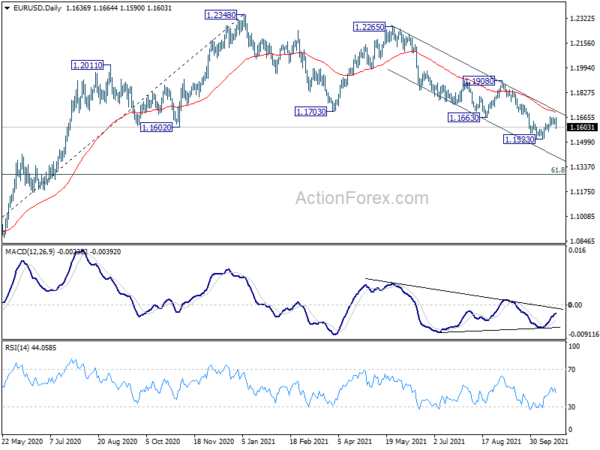