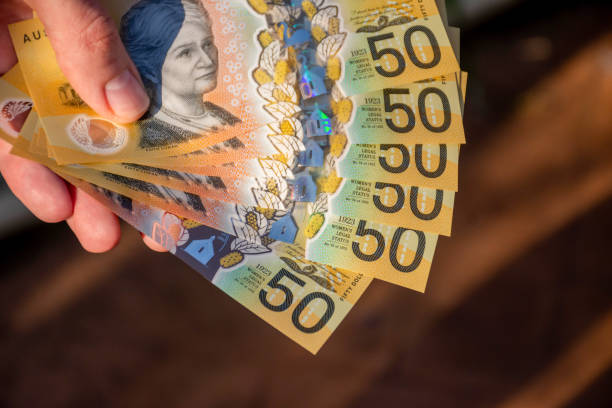 DOW and S&P 500 eked out new record highs again overnight. But Asian markets are not following, with the exception of rally in Nikkei. Activities in the currency markets are generally quiet. Nevertheless, Aussie is strengthening with other commodity currencies. Yen and Swiss Franc are weak, followed by Euro. Dollar is mixed together with Sterling.

Technically, the retreats in Yen crosses slowed notably, as USD/JPY, EUR/JPY and GBP/JPY are all drawing support from 4 hours 55 EMA respectively. Our focus will now on be whether Yen crosses would rebound from current levels. In that case, we’ll see if USD/JPY would have another take on 114.69 resistance quickly. 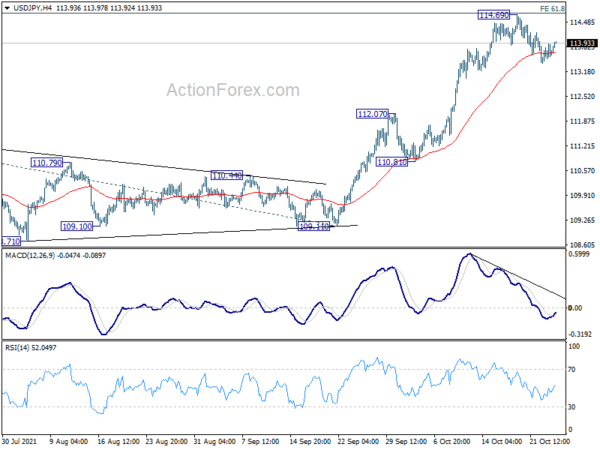 While Euro looks weak in some crosses, most are still bounded in very tight range, except EUR/AUD, which breaks through 1.5456 temporary. It remains to be seen if that’s a signal of more broad based selling in Euro, or buying in Aussie. 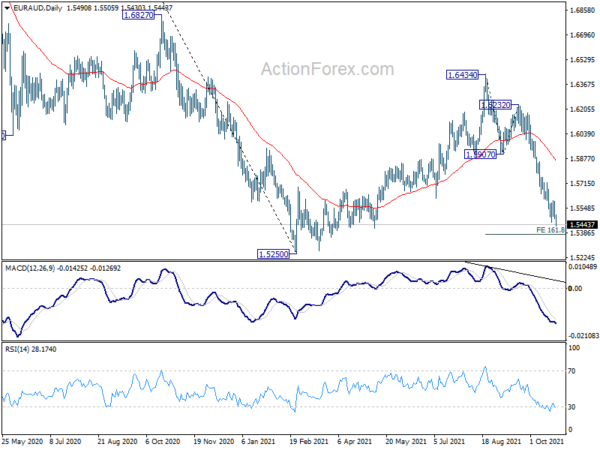 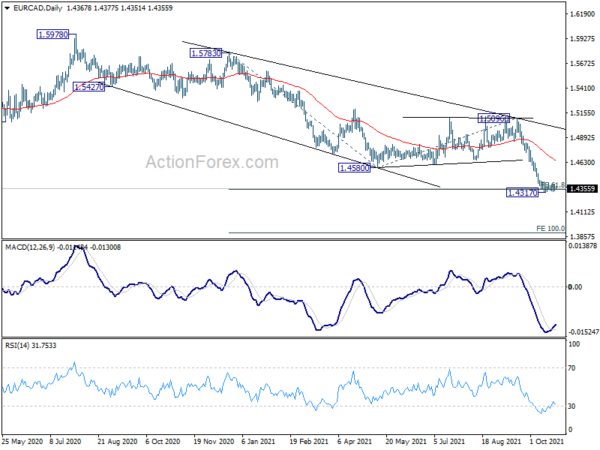 Meanwhile, break of 0.8420 temporary low in EUR/GBP will resume the medium term down trend towards 0.8276 key support next. 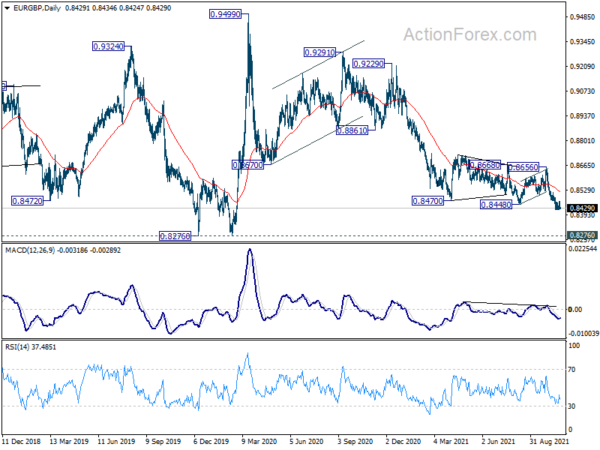 US Yellen frankly raised issues of concern to China

US Treasury Secretary Janet Yellen held a virtual meeting with Chinese Vice Premier Liu He yesterday. In a statement, the US side said they “discussed macroeconomic and financial developments”, and “frankly raised issues of concern”.

On the Chinese side, it described in a statement that the meeting as “pragmatic, candid and constructive”. China expressed concerns on US tariffs, sanctions and urged fair treatment of Chinese companies.

Both sides agreed to further communications.

Japan corporate service price index rose 0.9% yoy in September, versus expectation of 1.0% yoy. European calendar is empty today. US will release house price index and new homes sales. But main focus will be on consumer confidence. 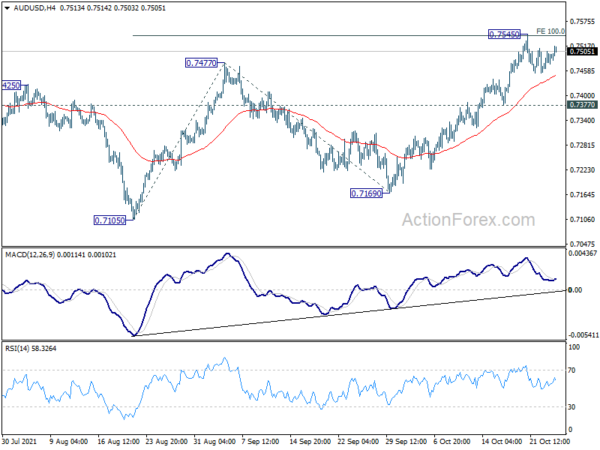 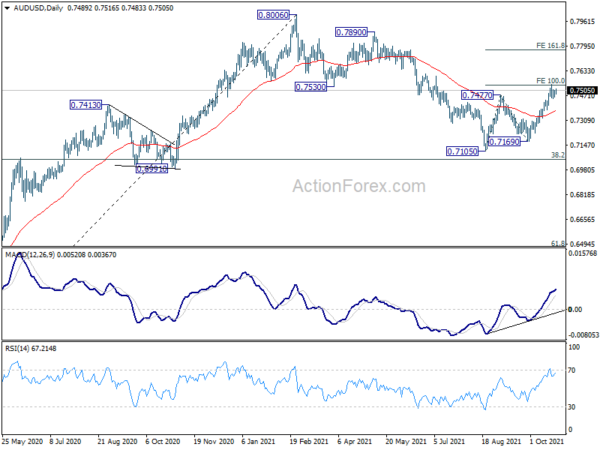