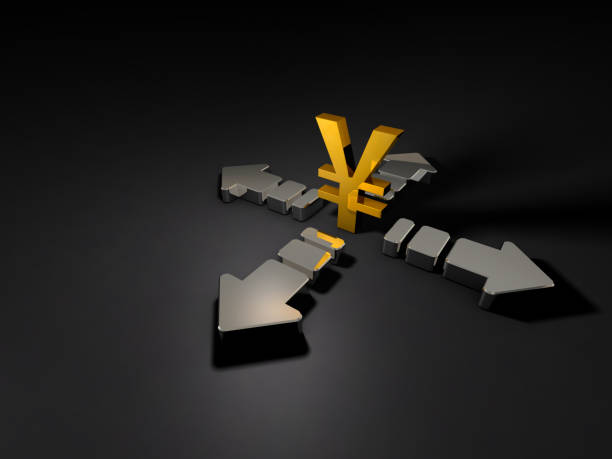 Yen extended rebound in European session following the sharp fall in benchmark Germany yield. But struggling to extend gain as markets enter into US session. Overall markets are mixed as investors are probably turning cautious ahead tomorrow’s FOMC policy decision. As for today, Aussie remains the worst performing one after post RBA selloff, followed by Kiwi, and Swiss Franc. On the other hand, Yen is strongest, followed by Dollar and then Euro.

Technically, we’d pay attention to whether Aussie’s selloff would extend further. AUD/USD is currently pressing 0.7452 minor support while AUD/JPY is pressing 84.59. Break of these levels will extend the near term correction lower. However, rebound from current levels would keep the consolidations brief, with breaks of 0.7555 and 86.24 highs sooner rather than later. 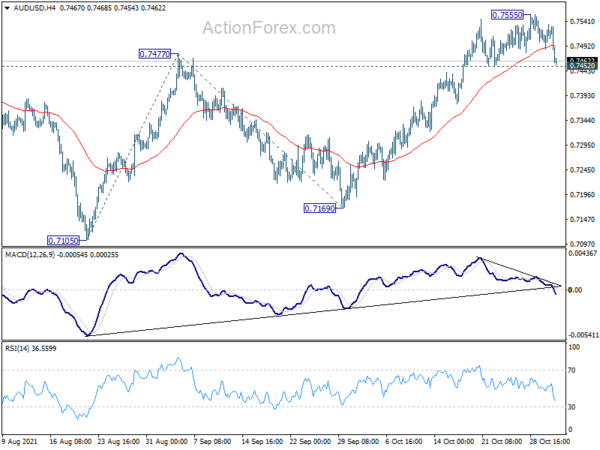 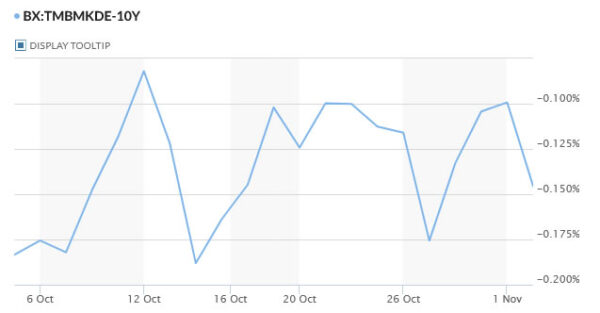 Chris Williamson, Chief Business Economist at IHS Markit said: “Eurozone manufacturers reported a worsening of the supply chain situation in October, which curbed production growth sharply during the month… These shortages have… pushed inflationary pressures to new survey highs, raising further questions about just how transitory the recent spike in inflation will be. Business confidence also lost some ground to hit a one-year low in October, as increasing numbers of producers grew concerned about the supply situation and the impact of rising costs and prices, adding to the indications that manufacturers face some challenging months ahead.”

Swiss CPI came in at 0.3% mom, 1.2% yoy in October, above expectation of 0.1% mom, 1.1% yoy. Annual rate also accelerated from September’s 0.9% yoy. The 0.3% increase compared with the previous month is due to several factors including rising prices for heating oil. Gas also recorded a price increase, as did fuel. In contrast, prices for salads and fruiting vegetables decreased.

Retail sales rose 2.5% yoy in September, above expectation of 1.4% yoy.

RBA kept cash rate target unchanged at 0.10% as widely expected today. The asset purchase program, however, will continue at AUD 4B per week until at least February 2022. However, without much surprise, it discontinue 0.10% target for April 2024 government bonds, effectively abandoning yield curve control.

As for forward guidance, RBA maintain that cash rate won’t be raised until actual inflation is “sustainably within the 2 to 3 per cent target range”. But now, it forecasts inflation to be no higher than 2.50% at the end of 2023, hinting that rate hike could come earlier than that. 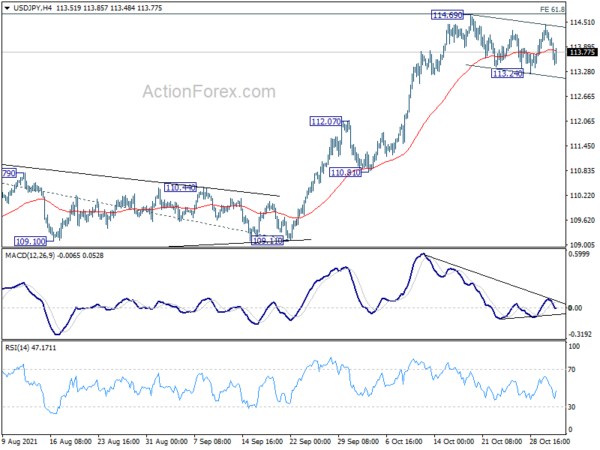 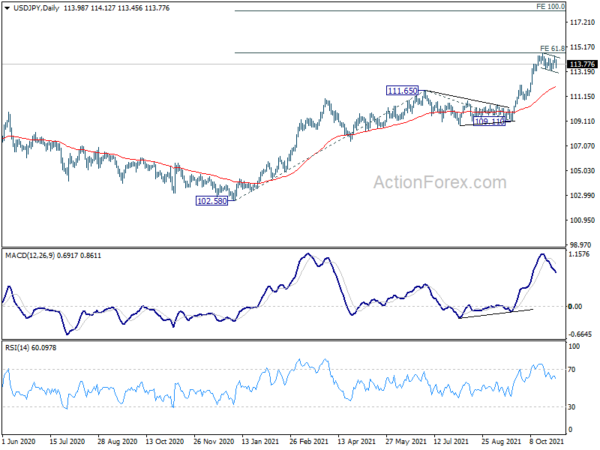 Oil heads for weekly loss awaiting China recovery signs
Trend Pullback Strategy for Forex Trading Gold and Crypto
Remember: RBA rate decision in less than 6 hour
There is no give up in the Nasdaq. Up nearly 400 points now
best spike strategy #forex #trading