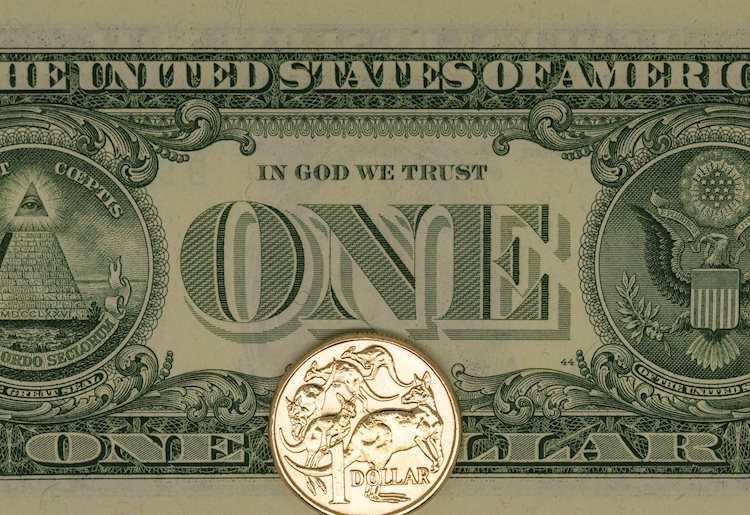 AUD/USD saw a temporary pop higher from earlier session lows in wake of the release of the latest FOMC rate decision and monetary policy statement, at one point coming within a whisker of the 0.7450 level. As expected, the bank held the federal funds target range at 0.0-0.25% and announced that it would taper its QE programme, which is currently buying bonds at a pace of $120B per month, by $15B from mid-November and then again in mid-December. Thereafter, the Fed said that it would likely be appropriate for further reductions in the pace of bond-buying programme in 2022 to continue at a similar pace, though the Fed would be prepared to adjust as necessary.

The dovish surprise that appeared to momentarily send AUD/USD higher appears to have been the fact that the Fed did not adjust its language regarding how it views inflation as “hawkishly” as some might have expected. The bank maintained its description of inflation being largely driven by transitory factors, though did add another sentence going into a little more detail as to the drivers (reopening, supply chain problems) of high inflation. Some might have expected the bank to say something like “inflation is partly driven by transitory factors”.

Nonetheless, the dovish initial reaction that saw AUD/USD pop higher has now more or less fully unwound, with AUD/USD back at pre-Fed announcement levels in the 0.7420s. Focus now shifts to Fed Chair Jerome Powell’s press conference which kicks off at 1830GMT. His remarks on inflation, the potential for further adjustments to the pace of the QE taper and the potential for rate hikes next year will be the key themes.

The dollar moves down. The dollar moves up.
Can You Profit From This 5-3-1 Trading Strategy? Watch to Find Out!
Sterling Tumbles Broadly While Dollar Turned Mixed
Indian refiners have begun paying for Russian oil via Dubai traders in UAE dirhams
Forexlive Americas FX news wrap 6 Feb: The dollar rise continues. Yields up. Stocks lower.